Flying With a Baby: The Ultimate Survival Guide

These days, traveling by air can be a stressful experience — there’s tons of rules and regulations to follow, long security lines to get through, and that doesn’t even include your baby. The fact remains that sometimes we need or want to go somewhere that it isn’t practical to drive, which may mean flying with our little ones.

Doctors recommend that healthy, full-term babies wait to fly until their immune system has the opportunity to develop, which may be as early as one month, but most suggest waiting until your baby is three to six months old. Premature babies and those with lung or heart problems may be vulnerable to breathing issues while flying, and should be cleared to fly by a pediatrician.

Airlines have less stringent guidelines regarding a newborn’s required age to fly, but most have other rules you’ll need to know in order to arrive prepared.

Ready to take off?

When is it safe for baby to fly?

The age at which it is safe for your baby to fly on an airplane depends on a few factors.

It’s important to note that while doctors, including the American Academy of Pediatrics, have given general advice on this topic, there is no hard and fast figure or age at which it is safe for your child to fly.

Per the AAP, it’s best for parents to avoid unnecessary flights with new babies, as their developing immune system puts them at greater risk of contracting an infection.1Flying with Baby: Parent FAQs healthychildren.org/English/safety-prevention

It’s always wise to talk to your pediatrician before flying with your baby, but if your baby was born prematurely or suffers from chronic heart, lung, or other respiratory difficulties, it’s absolutely essential. Babies with these conditions are prone to risky breathing difficulties in-flight, and a doctor will be able to give you a clearer idea of whether or not flight with your child is safe.

Important rules for flying with your baby

When flying with your baby, the first step to success is making sure you’re adhering to all major airline, safety, and international travel regulations. This will save you a great deal of grief in getting through the gate, on the plane, and to your destination safely.

While each airline has their own guidelines for minimum flight age, most are similar in requiring a medical release form by a physician in order for newborns less than seven days old to fly. Some airlines choose to restrict flying entirely until a newborn is 7 days old, eschewing a medical release policy.

Infant flight policies for major carriers are as follows:

Delta: A medical release is required for infants less than seven days old to fly, but no strict minimum age is provided by the carrier.

Not all Delta aircrafts have changing tables in their lavatories, but many of their larger Boeing aircrafts and international flights do. Ask your flight attendant if there is a changing table in a lavatory on your flight, and where it can be located.

Complimentary bassinets called SkyCots are available for babies under 20 lbs on some international flights, and may be obtained by contacting Delta’s Reservations department before arrival and checking in with an agent at your boarding gate. It’s best to act quickly in reserving a SkyCot, as only two are permitted on each flight.

While both your booster seat and stroller can be checked for free, only ticketed children receive a carry-on bag allowance, so your carry-on will need to double as your diaper bag if you’ll be holding your newborn. Delta has a pre-boarding period during which customers who need assistance or additional time may board, which includes those checking strollers or using infant booster seats.,2REQUIREMENT FOR ENTRY INTO THE U.S. delta.com

American Airlines: Infants as young as two days old may be accepted, but any infant under seven days old must have a medical release from a physician to fly, which can be sent directly to your pediatrician via a coordinator from the airline.

All wide-bodied aircrafts feature changing tables in the lavatory, and in-flight bassinets are available for rent at the gate on a first-come, first-served basis when flying on 777-200, 777-300, and 787 aircrafts. Bassinets may not be used in First Class or Business Class cabins, or by children weighing more than 20 lbs.

United: Infants under seven days old and those in incubators will not be accepted. The carrier does not indicate that a medical release is required for infants over seven days old.

For some international flights, bassinets may be rented from United on a first-come, first-serve basis. It is recommended that parents contact the United Customer Contact Center to request their bassinet in order to assure availability.

For each infant, a carry-on diaper bag, approved travel seat, and compact stroller may also be carried on. Strollers and travel seats can also be checked at the gate free of charge.

United invites families with children under two to pre-board after those with disabilities and military service members. 4Special items for infants and children united.com

Spirit: Infants under seven days old and those in incubators will not be accepted. The carrier does not indicate that a medical release is required for infants over seven days old.

For each infant, a carry-on diaper bag is permitted in addition to parents’ carry ons, as is the free checking of one car seat and one stroller which won’t be counted as part of your normal baggage allotment — parents used to traveling Spirit may find this relieving, as they’re known for their stringent and restrictive baggage policies.

Families with children under three will be permitted to board during the Family Boarding period, which boards after pre-boarding and Zones 1 and 2.5Am I allowed to carry my infant on my lap during flight? customersupport.spirit.com

JetBlue: Infants over three days old may fly with JetBlue, and no need for a medical release is indicated on the carrier’s website. The carrier is a favorite among parents, as every aircraft has at least one changing table on board.

For each infant, a carry-on diaper bag is permitted in addition to parents’ carry ons, as is the free checking of one car seat and one stroller which won’t be counted as part of your normal baggage allotment. The exception is Blue Basic fares, which don’t include carry-ons.

Families with children are invited to preboard on JetBlue flights.

Southwest: A medical release is required for infants under 14 days old to fly, but no strict minimum age is provided by the carrier.

While the airline provides limited information about changing table availability, experienced flyers have noted that it’s hit or miss, but that the carrier typically runs short flights rather than long ones so changes may be avoidable.

Babies held in lap rather than in their own seat do not qualify for a free checked bag, but strollers and car seats can be checked for free in addition to qualifying baggage. Families may choose to board early during the ‘Family Boarding’ period, which boards between groups A and B. 6Perret, C. (2010). International Journal of Infectious Diseases, 14, e3. southwest.com

Per the U.S. Department of Transportation, all airlines may allow a child under the age of two to be seated in a parent’s lap during a flight.

Choosing this option can be cost-effective, since you won’t need to buy a seat for your baby. But, depending on your airline, it may deprive you of the option to check additional baggage and carry on a diaper bag in addition to your personal carry-on items.

It’s worth investigating infant flight tickets, as the cost may be as little as 10% of the flight’s standard fare. The FAA also strongly encourages parents to purchase a seat and use an airline-approved travel seat or bassinet for your child, as this is the safest way for your baby to fly. 7Family Seating transportation.gov

When flying domestically with your baby, you must always carry either a birth certificate or a passport. This is so that responsible parties can verify your baby’s age, assuring that they are old enough to fly (or under the maximum age to travel as a lap child).

While TSA regulations do not require minor children to prove identification to fly domestically, an age check can be requested at any time, so it’s best to be prepared. Most major carriers suggest carrying this documentation within the full text of their infant policies. 8Will minors need to have a state ID to fly domestically? tsa.go

If you plan to fly internationally with your baby, a passport will be required. As this process can take 6-8 weeks, and cannot begin until your child is born, be advised that you will not be able to plan for international travel during this period.

The required forms for obtaining a passport for your baby can be found online, but will need to be processed through an appropriate agent for completion. Your local post office is one place that may offer this service, though it is typically by appointment only. 9Children Under 16 travel.state.gov

Tips for flying with a baby

Once you understand all the rules for traveling with your newborn, look to this list of tips to make your in-flight experience more bearable.

Flying with a baby presents a new set of travel challenges, but it’s certainly not impossible. Success begins with knowing your carrier’s policies for infant flight.

On any airline, babies under two are permitted to fly in an adult’s lap for no additional fee, though the complementary addition of a diaper bag to your carry-on allowance will vary by airline. Many parents prefer to book a seat for their baby and use an approved infant safety seat, which assures extra checked baggage and is considered the safest method of infant flight by the FAA.

Finally, strategically planning your boarding, layovers, needed equipment and supplies can simplify the experience of flying with your baby by cutting out unnecessary wait time and spending. 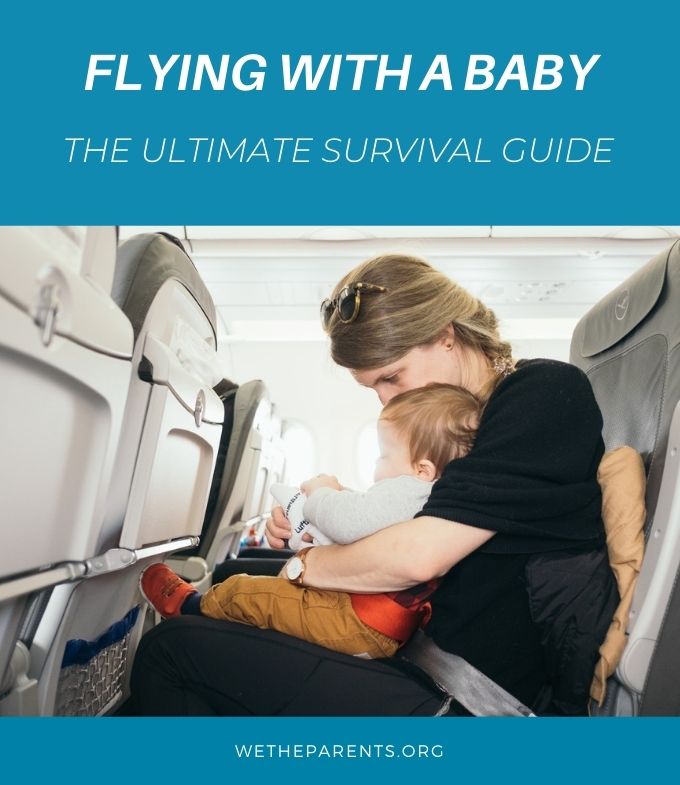 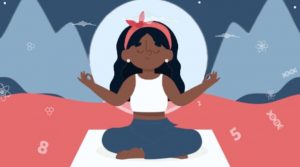 When life is hectic and time is needed to unwind, many adults turn to the proven benefits of meditation. But what 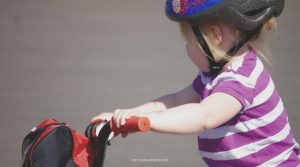 The Best Safety Helmets for Babies and Toddlers

From those early days of lifting themselves onto their own two feet to walk, to the exciting moments when they first 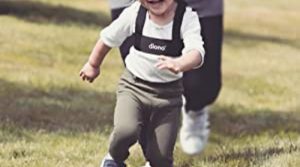 The Best Child Leashes to Buy in 2022

When you’re out in public with your little ones, keeping them safe and secure will be your main priority. However, while 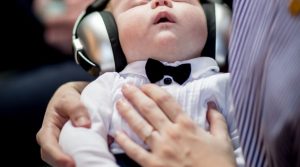 The 7 Best Noise-Canceling Headphones For Kids

We live in a noisy world! Unfortunately, it only takes a moment of exposure for children to incur a permanent hearing 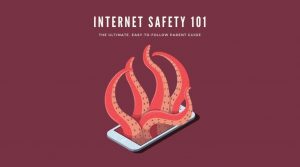 This is the ultimate, easy-to-digest guide to keeping your family safe online. “Internet Safety 101” is simple to follow and full of quick actionable tips to help you protect your family. 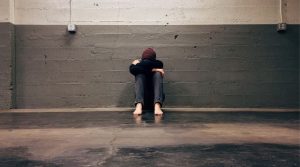 How To Stop Cyberbullying

While technology is incredible in a multitude of ways, it now offers bullies a whole new platform to showcase their innate