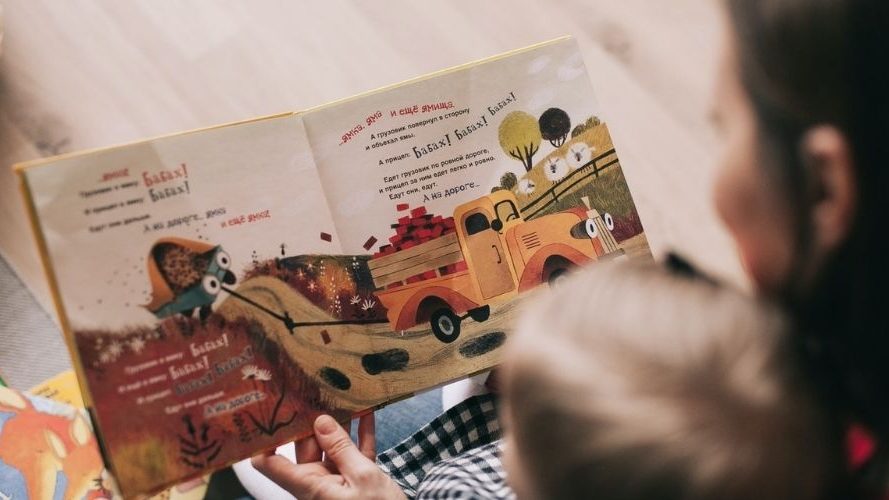 Do you really have to worry about your toddler mispronouncing words?

Usually not. Some preschoolers lag behind in the articulation of their words, but often they will catch up to their peers without issue.

Problems can arise if unclear speech prevents your child from easily communicate with adults and peers. When this happens, your child may become frustrated and angry, which may lead to behavioral issues.

The good news is that there are fun speech therapy activities that you can do with your child. These have been shown to improve articulation.

What are speech sounds?

Speech sounds are the sounds that we use while we are talking. The act of producing such sounds is called articulation. We use our articulators like the tongue, lips, hard and soft palates, uvula, teeth, jaw, etc. for producing speech sounds.

In the above two examples, the pink speech sounds fall in the initial positions, the green in the medial positions, and the purple in the final positions of the words. (We will need this information later while decoding a speech sound acquisition chart.)

Typical development of speech sounds based on your child’s age

Like all areas of development, there are milestones to check whether your child’s speech development is on track or not. According to the American Speech-Language-Hearing Association (ASHA) here’s a list of sounds that are mastered as to the age of the child. Sounds mastered,

There are lots of normative data that many researchers proposed regarding the typical development of speech sound, and that creates a perplexing situation because each normative do not match with other normative and not just that, they are also vastly different from the one another. Often moms get really anxious about which normative to follow, so we have a strategy!

Here’s another detailed chart of speech sound acquisition with respect to the position of the sound in a word, taken from the Goldman Fristoe Test of Articulation-2 (2000), which is comparatively a very recent study.

Speech Sound Norms are taken from the Goldman Fristoe Test of Articulation-2 (2000).

It’s important to remember that every child is unique and they all learn at a different rate and at the same time not to be neglectful if you think that your child need a little extra help along the way.

How do I know if my child needs a speech therapist?

Mommies have a super-power to understand what their toddler is saying even if close family or relatives do not understand! Your child might be mispronouncing some words, whereas other children his age articulates those sounds perfectly and you are not sure whether you should wait for your toddler to naturally learn those sounds or need to set an appointment with a speech therapist.

If your toddler pronounces a certain speech sound correctly when it’s in the final position of the word, but not when it’s in the initial position of the word, that is ok! Your toddler might substitute a certain sound in a word and call “dog” as “gog”, which is also ideally normal! He might leave out a certain sound completely from a word. All these are very normal when your toddler is young; they usually learn their way up when they get older, but if he keeps making these mistakes, even as he gets older, then you should talk to your speech therapist about this.

If you notice that your child is far behind the speech sound acquisition by 1-2 years and is not producing the expected sounds by the time he is supposed to (work out from the chart above), then I would recommend you to consult with a speech therapist as soon as possible. Your toddler might have an articulation disorder.

A speech therapist will take a proper assessment of your toddler’s speech sound production and see if there’s a delay or if he/she needs some extra help in producing some sounds. They will also check whether the movement of the articulators (lips, tongue) is correct or not.

What is articulation therapy?

In articulation therapy, a speech therapist works on the placement of the articulators inside the child’s mouth to correctly pronounce the misarticulated sounds.

According to the American Speech-Language-Hearing Association (ASHA) articulation therapy may include the following:

A very crucial step in articulation therapy is ‘target selection.’ Target selection is basically selecting a misarticulated speech sound to work on based on your toddler’s age. Usually, an easier sound is selected first, then working our way up with a little more complex sound. Keep in mind to only select the sounds that your toddler is expected to produce by his age and is not producing them correctly!

If your toddler is 6-years-old and is not producing /f/ (which is supposed to be mastered by 4-years of age) and / l/ (mastered by 5-years of age), but can imitate the word /l/ a few times correctly then we speech therapists will suggest selecting /l/ as our target word first!

Get your toddler to elicit the mispronounced word as many times as possible.

5 Games and play ideas for children and parents

Play is essential to a child’s development. It’s a fun way to learn and have a good time bonding with your toddler. Here are five different games that you can play with your toddler to work on his/her speech sounds at home. It’s important to select one or two target words at a time and work on it until your toddler naturally produces those sounds. Although there’s no hard and fast rule, if your toddler is finding it very difficult to produce those sounds, try some other simpler sounds or just try again the next day.

Start by sticking colorful medium-sized stickers around the room on household items. For instance, if /s/ is the target word then stick the sticker on a spoon, sofa, nose, cycle, etc. Ask your toddler to find all of the hidden stickers. Once they find a sticker, ask them to say the word or the target sound three times.

This game will be super fun for your toddler as well as for you! Start by making up a rhyme that has the target sound repeated many times. It doesn’t have to rhyme nor make complete sense. For example, if /k/ is the target sound:
“Katy has a pet cat.
The cat’s name is Kiko.
Kiko loves milk and
Kiko loves cookies!“
In this small rhyme, the target word is repeated 12 times! It’s time for the mommies to get creative and randomly sing out the rhyme during bath-time or before bedtime.

For this game, you will have to draw out flashcards of simple objects containing the target words. If you already own a set of flashcards all the better! Start by lining those flashcards faced-down to make a railway track. Ask your toddler to run the train over them and turn over the cards as the train runs over them while saying the words aloud as the cards get flipped over.

Collect toys that contain the target sound. Place those toys in front of your toddler and a large toy box right beside you. Use the cue “Give me the___” and ask for any toy. Ask your toddler to repeat the toy’s name three times before placing it in the toy box. You can also improvise the game and use cues like “Give me a toy that is blue in color and wears a bow!” 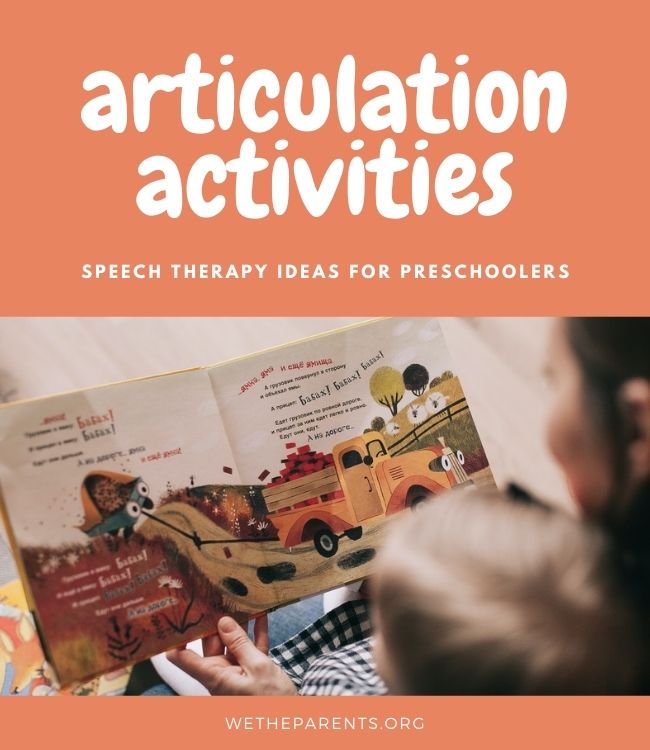 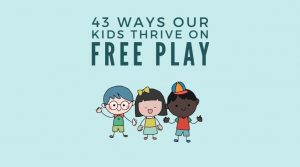 Is your child getting enough ‘free play’? Child-led free play – the unstructured time during which children can act out their