9 Schoolyard Games From Around the World 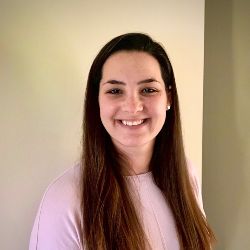 The schoolyard is a universal gathering place for children. There, they make memories, tell stories and play games with friends. It’s a familiar scene the world over, with just a few cultural changes – one of them, interestingly, is the games that kids play in the schoolyard internationally. Basic concepts of rules, order and sportsmanship transcend language boundaries, but every country has a unique twist on the way kids play.

A funny and unusual twist on the American staring contest, this game translates to “game of the goatee”. When playing, two players sit across from one another. They look into one another’s eyes and grab each other’s chin, as though they were grabbing a goatee. They must then sing a short song in unison. After the song, the first person to laugh or smile loses the game – the reward, traditionally, is for the winner to slap the loser(but we won’t tell your kids that if you don’t!).
Learn more »

A slightly more intense game of tag, Kabbadi requires children to form into two large teams and find a big space where they can play safely. One person on each team is designated as the raider, and their role is to run a raid on the opposing team, tagging as many people as they can while holding their breath and quickly repeating the game’s name, Kabbadi. The opposing team can capture the raider or form a barricade to keep them out. Once the raider has been captured or they release their breath, they are out, and a new raider is chosen until all members of one team have been eliminated.
Learn more »

This super simple circle game requires only that kids be familiar with each other’s names. To play, they must all sit in a circle and close their eyes. An adult will select one child to play the titular kangaroo, Skippyroo, and after a chant of “Skippyroo, kangaroo, dozing in the midday sun, here comes a hunter, run run run”, one child will touch Skippyroo’s shoulder and say “Guess who’s caught you just for fun?” If the child is able to guess correctly, the “hunter” takes their place.
Learn more »

A cute variation on musical chairs, Pass the Parcel is a great game to use to award a prize. The prize is wrapped in multiple layers of wrapping paper and is passed around a circle of children as music plays. When the music stops, a layer of paper must be removed by the child holding the gift. When the last paper is removed, the person holding the gift wins!
Learn more »

This timed searching game is prized by people from Ghana because it encourages physical fitness in children. After housework is done for the day, usually around 3 pm, a leader will hide sticks and stones in palm trees and other difficult to locate places. When he announces “pilolo”, players are to go search for the hidden items. When a player finds a hidden item and rushes to the finish line where the leader waits keeping time, they win. The game may be repeated as long as participants are interested and daylight maintains.
Learn more »

Similar to Duck, Duck, Goose, this game requires players to sit in a circle while one player runs around the perimeter, holding a handkerchief. They attempt to drop the kerchief onto someone’s back without them realizing it’s happened, running away. If they’re able to make a full loop before the child realizes they’re wearing the handkerchief, the wearer is then out of the game. If they realize they’re wearing it, the seated player must tag the runner to get them out. If they fail to tag the player, they become the runner.
Learn more »

A fun timing game, this one requires a single player to take command of a group of friends. The single player must stand a distance away from their friends, back turned away. The group runs toward the single player, who cries “Daruma-san ga koronda!” and turns around. Any player caught still moving at the turn must return to the starting line. The game continues until a player reaches the finish line and takes over as the single player.
Learn more »

Great for improving dexterity, this game is traditionally played with stones but could easily be played with super balls, modeling clay or softer items. The child must throw five small items on the floor. They pick up one, toss it in the air, pick up another and catch the object in midair before it hits the floor. They repeat the process til they have all the stones, and then begin again increasing the number of stones grabbed per turn.
Learn more »

Similar to leapfrog but requiring a bit more physical dexterity, this game requires players to line up and jump over the “baka”, or cow, who is bent over with their hands on their knees. It requires a fairly high jump, and any player who doesn’t make it over without touching the baka must then act as such.
Learn more »

Written by Emily Polash — Updated on October 11th, 2022
Read this next
Why Your Kids Need Free Play