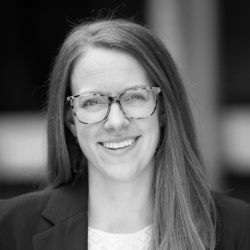 Your body can seem like an enigma when you’re trying to have a baby. Of course, a lot is happening that you may not be able to see or feel. One of the most significant and mysterious phenomenons to occur early in pregnancy is implantation.

Maybe you’re experiencing spotting or a missed period. Perhaps you’re wondering whether to take a pregnancy test. Not to worry — we can answer all your most pressing implantation questions.

During this period, your body is continually evolving to support the growing fetus inside you. Before it all begins, the egg must take a lengthy trip down your fallopian tube. This usually takes several days. Implantation occurs after the egg reaches the uterus.

Implantation is the process in which a fertilized egg, or blastocyst, makes contact with and attaches to the uterine lining. Once the blastocyst burrows into the wall of your uterus, it starts to take nutrients, oxygen, and hormones from your blood.

During the first week of pregnancy, the fertilized egg is called a zygote. At this time, it measures just 0.1 to 0.15 of a millimeter.1Carnegie stage 1
embryology.med.unsw.edu.au/embryology/index.php/Carnegie_stage_1

From the point of implantation until the ninth week of gestation, the fertilized egg is referred to as an embryo.2How Your Fetus Grows During Pregnancy
acog.org/womens-health/faqs/how-your-fetus-grows-during-pregnancy

It is only after the ninth week of development that doctors start to call the egg a fetus.

Since bleeding can occur around the same time as a woman’s menstrual period, it can sometimes be disconcerting to those who are trying to conceive.

However, implantation bleeding is usually pink or brown, spotty, and short-lived. It typically only lasts for several hours to a few days. Meanwhile, period blood is red and flows regularly for four to seven days.

Other symptoms of implantation include breast tenderness, headaches, tiredness, moodiness, lower back pain, dizziness, constipation, and nausea. These symptoms are caused by the hormonal changes going on inside your body.

With that said, these symptoms are also easily confused with menstrual symptoms. For this reason, a missed period is a much more conclusive reason for taking a home pregnancy test. Often, a woman does not know that her egg has been implanted until she has a missed period.

What happens leading up to implantation?

The time between ovulation and a period, or conception, is called the luteal phase. During this period, a woman releases a mature egg into her ovaries. After this, the egg takes a multi-day trip down her fallopian tube, where fertilization by sperm may occur.

This phenomenon is called ovulation, and it typically lasts no more than two days. Ovulation usually occurs 14 to 16 days from the start of a woman’s menstrual period. If the egg is fertilized successfully, it will travel along into the uterus.

At which point it will attempt to attach to the uterine wall. The walls of the uterus, or endometrium, typically thicken due to the increase of estrogen and blood flow. This part of the menstrual period is called the proliferative phase.

How soon after conception is implantation?

Conception is the process in which sperm enters and travels up through the vagina, uterus, and fallopian tube. A conception results in a fertilized egg.

Implantation typically occurs six to 12 days after conception.5Wilcox, A. J., Baird, D. D., & Weinberg, C. R. (1999).Time of implantation of the conceptus and loss of pregnancy. New England Journal of Medicine, 340(23), 1796-1799.
nejm.org However, it is more likely to be successful when it occurs between eight and 10 days after ovulation.

After implantation, the cervix is closed up by a mucus plug. The plug will remain in place until you go into labor. The body also starts producing parts of the placenta. These will be used to nourish the fetus throughout development.

The difference between early pregnancy bleeding and menstrual bleeding

Bleeding around the time of implantation is typically super light spotting, or barely enough blood to cover a pad. On the other hand, you need to change out your pads regularly when experiencing menstrual flow.

When is the best time to take a pregnancy test?

Human chorionic gonadotrophin (hCG) is released as soon as a fertilized egg implants into the uterine lining. However, these hormones are not easily detected, meaning you’re not likely to get a positive pregnancy test until the first day following your missed menstrual period, or 12 to 16 days after ovulation.6Understanding your menstrual cycle
clearblue.com/how-to-get-pregnant/menstrual-cycles-and-ovulation

With that said, first-morning urine contains the highest concentration of hCG during early pregnancy. So, be sure to take a pregnancy test as soon as you wake up if you are testing early. If you’ve already missed your period, you can take a test at any time of day.

If you receive a negative result, but still have not had your period, wait a few days and take another test. Otherwise, have your doctor perform a blood pregnancy test. Blood tests are able to pick up trace amounts of hCG early in pregnancy.

What are some implantation complications?

A fertility specialist can help identify and resolve implantation issues through a variety of means including hormone supplements, corrective procedures, and in-vitro fertilization (IVF).

In-vitro fertilization is a common fertility treatment that starts outside the body. Doctors will work to fertilize a woman’s egg (or donated egg) in a lab setting.

Once the egg is fertilized, they will insert the egg into the woman’s uterus. They may also take additional steps to ensure that the egg has a greater chance of implanting. According to a recent study, an IVF blastocyst has a 26% chance of implanting.8Huisman, G. J., Fauser, B. C., Eijkemans, M. J., & Pieters, M. H. (2000).Implantation rates after in vitro fertilization and transfer of a maximum of two embryos that have undergone three to five days of culture. Fertility and Sterility, 73(1), 117-122.
PubMed.org

The behavior of the blastocyst sometimes disturbs the tiny blood vessels on the walls of the uterus. This phenomenon is completely harmless.

However, it sometimes results in a touch of light pinkish-brown vaginal discharge. While this sort of bleeding during early pregnancy is very normal, you should consult your doctor if concerned.

Can two eggs implant at the same time?

In extremely rare cases, two different eggs can be implanted days or even weeks apart. This results in the birth of twins that were conceived at different times. This rare occurrence is called superfetation.9Tuppen, G. D., Fairs, C., De Chazal, R. C., & Konje, J. C. (1999). Spontaneous superfetation diagnosed in the first trimester with successful outcome. Ultrasound in Obstetrics and Gynecology: The Official Journal of the International Society of Ultrasound in Obstetrics and Gynecology, 14(3), 219-221.
obgyn.com

On the other hand, identical twins form when a zygote implants in the uterine wall and splits into two fetuses. Meanwhile, fraternal twins are the result of two fertilized eggs, both of which are implanted into the uterine wall.

Is there anything you can do to improve your chances of implantation?

There are, indeed, steps you can take to help that egg stick. According to a recent study by UCSF, 50% of all fertilized eggs are lost before a woman misses her period.10Conception: How It Works
ucsfhealth.org/education/conception-how-it-works

You can improve your overall chance of experiencing implantation by quitting smoking, eating healthily, and exercising.

How soon after implantation does hCG rise?

They found that the hCG levels tripled from the first day of detection to the next. Yet hCG levels were highly variable between pregnancies. For these reasons, it’s generally best to wait to take that home pregnancy test.

The two weeks following ovulation can feel like a never-ending waiting period. You may or may not experience some early pregnancy symptoms.

However, during this phase, your hCG levels (if you’re pregnant) are probably not going to be high enough to conjure up a positive test result.

What is a chemical pregnancy?

A chemical pregnancy is an early pregnancy loss. Essentially, it is an egg that has been fertilized but is not able to fully attach to the uterine wall.

A chemical pregnancy must occur within the first five weeks of pregnancy. Keep in mind that this type of miscarriage can trigger a positive pregnancy test.

It is estimated that half of all early pregnancies are chemical pregnancies and end in miscarriages.12Dewhurst’s Textbook of Obstetrics & Gynaecology, Eighth Edition
onlinelibrary.wiley.com/doi/book/10.1002/9781119979449

While you may be eager to see the double lines on a positive pregnancy test, it’s probably best to hold off until you’ve missed your period. Get to know your menstrual cycle and stock up on home pregnancy tests. 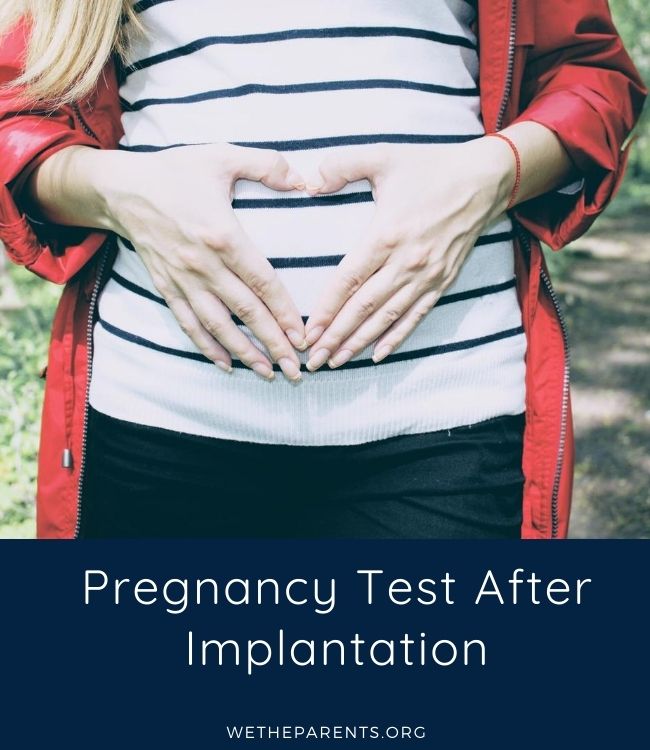 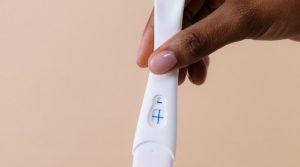 You’re eager to take a pregnancy test, but you want to be sure you get the most reliable results possible. What

Does bleeding after sex mean I am pregnant? There was a time, many years ago, when my kneejerk reaction to that 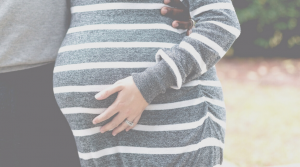 How to Get Pregnant with PCOS

PCOS (polycystic ovarian syndrome) can make it difficult for women of childbearing age to get pregnant. While it can sometimes be 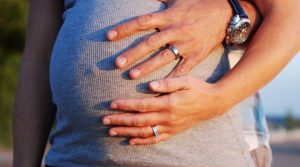 How To Get Pregnant Fast : Ultimate Guide to Conceive 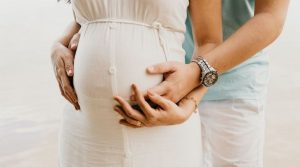 Getting pregnant with blocked fallopian tubes

The journey toward pregnancy is one filled with triumphs and disappointments, and for parents who’ve been trying to conceive for a 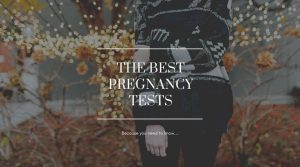 Whether you are actively trying to get pregnant or your night out took an unexpected turn, waiting to find out if