Is it Safe to Drink Coffee During Pregnancy?

If careful, you may not need to ditch the latte. 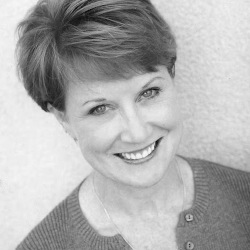 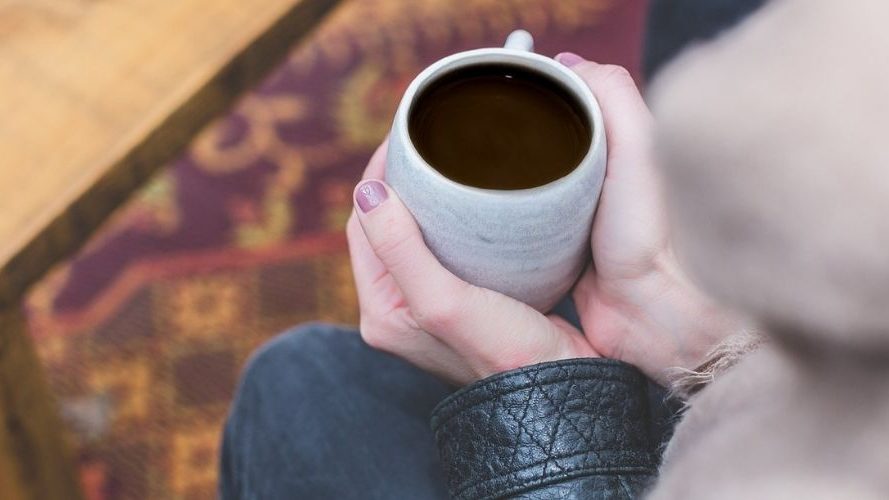 You gave up sushi, red wine, and soft cheese without complaint, but this whole coffee-free morning thing is beginning to get on your nerves. So, here’s the million-dollar question: Does a woman really have to ditch caffeine just because she has a baby on the way?

We spent hours reading through studies and talking with the experts regarding the consumption of coffee, energy drinks, tea, and other caffeinated foods during pregnancy. Now, let’s discuss how much caffeine is safe during pregnancy.

How much caffeine is safe during pregnancy?

Doctors advise pregnant women against consuming more than 300 milligrams of coffee per day, as we know that caffeine is capable of crossing over into the placenta. When it is consumed in excess, it can have a negative impact on mom and baby.

The next time you go to pick up a cup of coffee, err on the side of caution. Opt for small amounts or abstain altogether.

Read: The Best Prenatal Vitamins You Can Buy Over the Counter

How will caffeine affect my baby when I am pregnant?

The March of Dimes lists caffeine as a food to forgo or limit during pregnancy. They suggest that pregnant women consume no more than one and a half 8-ounce cups of coffee per day.

We know that caffeine crosses the placenta barrier into the fetus and amniotic fluid.2Knutti, R., Rothweiler, H., & Schlatter, C. (1982). The effect of pregnancy on the pharmacokinetics of caffeine. In New Toxicology for Old (pp. 187-192). Springer, Berlin, Heidelberg.
PubMed.org

However, it does not decrease a baby’s blood flow or oxygen levels when it is consumed in moderation.

This means that it can takes days for the substance to leave mom and baby’s systems.

But what does all this mean for the baby?

Researchers have found that increased intake of caffeine during pregnancy puts women at risk for giving birth to infants with lower birth weights.

Very few researchers have attempted to draw a link between childhood behavior issues and fetal caffeine exposure. However, in one recent study, researchers found preliminary evidence that suggested there is a link between attention‐deficit hyperactivity disorder (ADHD) and intrauterine exposure to coffee.

Have you heard the myth about caffeine stunting your growth? Well, scientists attempted to find a correlation between intrauterine growth restriction (IUGR) and maternal coffee consumption, but they yet to find any conclusive evidence to back their theory up.

One of the researchers’ biggest concerns regarding maternal caffeine consumption is the risk of high blood pressure. This is because high blood pressure is associated with a number of pregnancy complications, including preeclampsia, eclampsia, preterm delivery, intrauterine growth restriction, and stroke.

Scientists have proven that excess maternal caffeine intake can result in elevated systolic blood pressure levels during the first and third trimester. However, the current findings are not alarming enough to cause medical professionals to advise against moderate caffeine consumption during pregnancy.

You may have heard that consuming caffeine during pregnancy increases your chance of having a miscarriage. However, there hasn’t been a lot of conclusive scientific evidence regarding this issue.

Up until a few years ago, scientists were only able to link excess maternal coffee consumption to stillbirths and infant deaths in animal studies. However, scientists were able to use the results of a recent human-based study to prove that women who consumed excessive amounts of coffee during gestation were twice as likely to experience stillbirths.4Wisborg, K., Kesmodel, U., Bech, B. H., Hedegaard, M., & Henriksen, T. B. (2003).Maternal consumption of coffee during pregnancy and stillbirth and infant death in first year of life: prospective study. Bmj, 326(7386), 420.
ncbi.nlm.nih.gov

In the context of this study, excessive amounts of coffee are defined as 8 cups of coffee or more per day. Needless to say, that’s well beyond the one cup of coffee per day limit recommended by most medical professionals.

How will caffeine affect me when I’m pregnant?

Now that we covered baby, it’s time to put some focus on expectant moms. Coffee is already known to cause high blood pressure, rapid heart rates, anxiety, and restlessness. However, are the effects the same for pregnant and non-pregnant women?

The effects take longer to wear off

At 10 1/2 hours, the half-life of caffeine for women in their last four weeks of pregnancy is over three times higher than that of non-pregnant individuals.

Editor’s Note: Half-life is the amount of time it takes for a substance in the blood to be reduced by 50% as a result of liver or kidney metabolism and excretion.

The average half-life of caffeine in an adult is around 5 hours. That means that after 5 hours, 50% of the caffeine you consumed is still going to be in your system. It takes around four half-lives for a substance to effectively leave the body. In other words, it takes roughly 20 hours for caffeine to completely exit the system of an ordinary adult.

Given what we know, this means it would take nearly two days for the caffeine from a single coffee to leave the body of a pregnant woman in her third trimester. This delay in excretion could also aggravate insomnia.

As you can see, it is very easy for caffeine to accumulate inside a pregnant woman’s body. If a woman continues to drink caffeine on a regular basis, this extended half-life can cause it to accumulate inside her body and even reach unsafe levels. According to the FDA, the effects of excess caffeine consumption include:

It’s especially important to note that diuretics, including coffee and energy drinks, strip the body of fluids. This can be especially troubling for moms-to-be who are having trouble keeping liquids down due to indigestion or morning sickness. Since the blood volume increases by 50% in pregnancy, more water intake is needed which means that excess caffeine can make it hard to keep hydrated.

While dehydration is temporary, it can lead to more prolonged or permanent pregnancy complications, including low amniotic fluid, poor breast milk production, and preterm contractions.

What foods and beverages contain caffeine?

According to the March of Dimes, caffeine can be found in:

The FDA does not require that caffeine be listed as an ingredient. Oftentimes, manufacturers will exclude caffeine from their nutritional facts if it occurs naturally.

Moreover, since the amount of caffeine in foods and beverages tends to vary, it can be difficult for women to know how much caffeine they are actually consuming.

Many expectant mothers do not realize that chocolate contains caffeine. Before you consume that bowl of chocolate lover’s ice cream, know the facts:

Can I drink an energy drink while I am pregnant?

That energy drink most likely contains large amounts of caffeine and other questionable ingredients. As a result, we aren’t surprised. Skip the energy drink and opt for something more nutritious, like a protein shake or fruit smoothie. According to the March of Dimes, energy drinks may contain as much as 500 milligrams of caffeine. That’s 200 milligrams above the limit approved by the American College of Obstetricians Gynecologists.

Green, black, and white tea all contain caffeine, but how do the caffeine levels comparable to that of coffee?

The amount of caffeine in teas vary significantly depending on the type, method of preparation, and origin of the tea leaves.

In reality, tea leaves tend to have higher concentrations of caffeine than coffee beans. However, people use more ground coffee and they brew it with hotter water. As a result, coffee tends to be more caffeine-dense than other brewed beverages.

How to safely consume coffee during gestation

We already know that pregnant women are safe to consume caffeine in moderation, albeit no more than 300 milligrams per day. So, here’s a list of the average caffeine content in a few popular caffeinated drinks:

Tips on cutting down on coffee when pregnant

If you’re pregnant and coffee has always been a part of your life, you’re probably wondering how you’ll ever survive without your daily dose of caffeine. We spoke with a few medical professionals and experienced moms to see how they cut down on caffeine during pregnancy.

Limit your intake to one small cup per day

How do you avoid the adverse effects associated with this liquid stimulant? Limit your caffeine intake to no more than 200 milligrams, or one small coffee, per day.

When in doubt, skip the refill.

Looking for a tasty but less caffeine-dense alternative to coffee? Consider having an herbal tea, flavored water, or fruit juice instead.

When in doubt, choose decaf

Should you decide to err on the side of caution and switch to decaf, keep in mind that manufacturers are only able to remove 97% of the caffeine from coffee beans. According to the FDA, an 8-ounce cup of decaf may have anywhere from 2 to 15 milligrams of caffeine.

Try to wean yourself off your regular amount of caffeine by ordering a half-caf cup of coffee (a mix of caffeinated and decaffeinated coffee). Slowly reduce the amounts of caffeine in your morning pick-me-up as you transition to more pregnancy-friendly decaf.

Make sure that you are consuming things that are safe and beneficial for you and your unborn baby. Try to keep your daily coffee consumption down, but don’t give yourself a hard time if you consume a moderate amount of caffeine.

Can I have coffee while I am breastfeeding?

Sorry, mom. You may not be able to resume your morning lattes just because your baby is here. Breastfeeding moms should continue to limit their daily caffeine intake to no more than 300 milligrams per day.

Some babies are more sensitive to caffeine than others. An excess of caffeine in your breastmilk cause your baby to be:

The effects won’t last forever, but the caffeine is likely to linger in your bay’s body for quite some time. The half-life of caffeine in newborns can be as long as 97 1/2 hours. Meanwhile, the half-life of caffeine babies as old as 5 months is 14 hours. It drops down to 2.6 hours for children over the age of 6 months.5Differences in Organic, Natural, and Health Foods
healthychildren.org/English/healthy-living/nutrition/Pages/Differences-in-Organic-Natural-and-Health-Foods.aspx Medications and Mothers’ Milk

Coffee is the most commonly consumed caffeinated beverage in the world. In fact, many people (pregnant women included) wouldn’t consider starting their day without having had a cup of java.

It is important that expectant mothers limit their intake of caffeine to no more 200 milligrams a day or avoid coffee altogether.

So, order that morning coffee, but skip the extra espresso shot, and baby should be just fine.

Remember, there will be plenty of time (and need) for caffeine after the baby arrives. 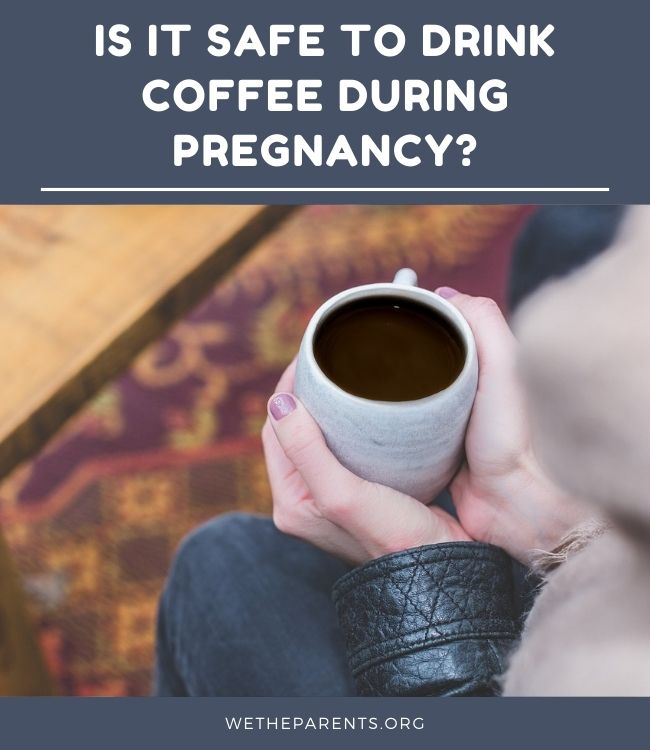 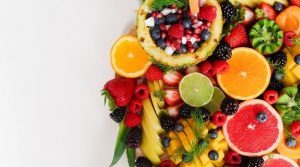 What are the Best Fruits to Eat During Pregnancy?

Pregnancy diet restrictions can be overwhelming. At the end of the day, most moms-to-be just want to know that they’ve consumed 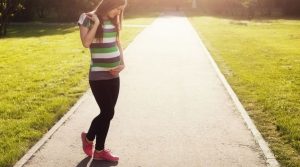 The Best Prenatal Vitamins You Can Buy Over the Counter

Good nutrition is a must during pregnancy, and just because you’re eating healthily (for two) doesn’t mean you are getting every 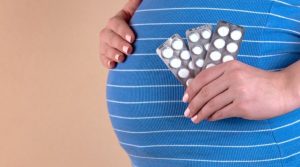 When you’re growing another human, the last thing you need is an extra reason to feel sluggish and exhausted. During pregnancy,