Ruby names that will enrich the heart

Having finally decided to name your daughter Ruby, don’t forget to stretch your imagination a little more while deciding on that equally important middle name.

To help you in your quest, we’ve sifted through endless databases and spoken with numerous parents of girls named Ruby in order to compile a list designed to trigger some ideas of your own in your search.

So without further delay, let’s browse through and see what we can find…

Our favorite picks would have to be Madison (Biblical meaning: ‘gift from God’) and Thalia, a name of Greek origin, meaning ‘flourishing’ (and, from Hebrew, ‘dew from heaven’). These 3-syllable names add a measure of natural balance to the short and sweet-sounding Ruby.

How important are middle names?

Although middle names are not legally required, over 80% of our children are given one.

If a child’s first and last names are fairly traditional, a creative middle name is a foolproof way to enliven and personalize them, especially if representing a person or place significant to you as parents.

A middle name distinguishes your child from others with the same name, especially in the classroom, and also serves as a ‘back up’ name if they should ever grow to dislike their first name enough to adopt the middle one as their preferred name – (take our word for it, it happens!)

Passing on the name of a family member or dearly departed loved one as your child’s middle name is still the most popular way of keeping that person’s cherished memory intact.

Honoring an uncle, aunt, or grandparent (even a great grandparent!) can enable your child to stay connected with her cultural heritage, while helping your daughter feel emotionally tied to her family roots.

We know a number of moms who’ve chosen to use their own maiden name as their child’s middle name. This is a really popular way of keeping mom’s original name vibrant (especially if she had a hard time parting with it when getting married), and can help bring both families even closer together.

Or personalize your child’s name by honoring someone inspirational, like a dear friend, teacher, musician, or writer. Today there are no hard or fast ‘rules’ that require a particular choice when picking a middle name, so go ahead and be as creative as you like!

Do the initials work?

Be careful that your child’s initials don’t come across as a little embarrassing. Initials that spell out words needn’t necessarily be a stumbling block, as most can be quite harmless.

On the other hand, sets that spell words like R.A.T. (Richard Adam Thompson), or C.O.W. (Christina Olivia Wilson) may give parents pause for thought, especially if clearly emblazoned on your unfortunate child’s gym singlet or school satchel.

A formula that rarely fails when sifting through your list of candidates for a middle name is to call each of them aloud, one by one, to physically hear how they resonate with your child’s first and last names.

We think that just seeing what they look like on the written page has far less impact as that of hearing them spoken out loud together.

Remember when mom or dad yelled out our full name (first, middle, and last) whenever we’d crossed those ‘boundary’ lines? CAROLINE MILLIE BROOKMYRE – STOP SPRAYING YOUR LITTLE SISTER WITH THAT GARDEN HOSE AT ONCE!

Sooner or later, you’ll be called upon to use the ‘full name power play’ option to grab their immediate attention, so be sure and choose a combination of names that both stops them in their tracks and doesn’t sound too clunky when yelled out across a busy playground!

Meaning of the name Ruby

Girls named Ruby are said to have an extremely positive approach to life, are open-hearted, and have a sunny disposition.

Ruby is currently the 12th most popular girl’s name in England.

So, what do you think of our list? While not totally all-encompassing, hopefully you’ll find the perfect middle name for Ruby that you’ve been looking for. Otherwise, why not let it be a starting point for some brainstorming of your own?

Written by Neve Spicer — Updated on November 9th, 2022
Read this next 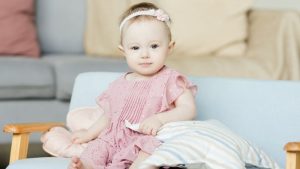 The 50 Best Middle Names for Zoey

Middle names that are a match made in heaven! 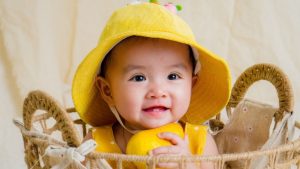 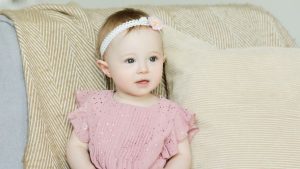 53 Most Attractive Middle Names for Amelia